Always considering political topics off-limits in my little expat blog about retiring early overseas thanks to an unexpected layoff, lately I’ve reconsidered my stance. Knowing the first sentence may send you away, allow me a few paragraphs to explain why I believe the U.S. Presidential election affects expats every bit as much as those living on American soil. Having already lived 80% of one bad presidency on Canadian soil, Diane and I returned to the USA seven years into a George W Bush presidency and found a completely changed nation that we barely recognized despite following all the post 9/11 events from the fear campaign to the Iraq War from the comforts of the Great White Friendly Neighbor Next Door. Eventually accepting a changed world of TSA agents, racial profiling, unstoppable illegal immigration from our Latin American neighbors and right-wing racist attitudes towards everything Muslim, we figured leaving for Southeast Asia would put enough distance between us and the homeland to negate any negative concerns of the New America. 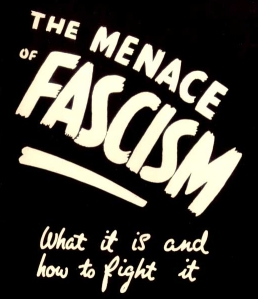 Sadly mistaken, the almost inevitable reality of a Donald Trump presidential nomination makes Dubya look like a pussy and everything he did and stood for pales in comparison to a dangerously scary tyrant dead set on rewriting American democracy to mimic World War II Era Europe. Aside from the obvious ignorant comments that mainstream media’s laughed off for the last seven months, Trump threatens every American around the world especially those calling a Muslim dominated nation home. (despite Malaysia’s record as the world’s most peaceful Muslim nation). Examples of the danger? Assuming Trump gets his way, it’s only a matter of time until Diane and I wind of on a Homeland Security watch list that subjects us to unconstitutional scrutiny should we ever decide to step foot in America again. Financially speaking, imagine an American economy that deports tens of thousands of workers doing jobs Americans feel are below them. Watch what happens when the rednecks that voted for “making America great again” wind up working the fields, Indian tech workers and other educated professionals all over the world get denied entry (because they look like Muslims) and expats around the world feel the brunt of a collapsing U.S. dollar and run away inflation.

If this sounds like conspiracy theory crap to you, you’re not alone. I thought so too. So to back up my arguments, I’ve posted a link below to the best article I’ve seen yet to help spread the word that’s written by a veteran journalist with better writing skills than me. Explaining in politically scientific but simple terms, David Brooks of The New York Times answers the question all us expats hear these days as we travel around the world (“Why does America support Trump”?).

Nobody saw Hitler as a real threat until it was too late and while we pray Trump won’t go as far as murder, what’s to stop him from making Asians and Jews or African-Americans the next group of “undesirables“? And don’t kid yourself by justifying that “there’s no suicide bomber Jews or Asians”. You’d be missing the point. Trump is a white elitist supported by every hate group in the USA including the Ku Klux Klan, skinheads, anti-black contingency and those that somehow feel Mexicans “stole all the jobs”. He’s the worst extension of a Bush policy that’s instilled a permanent sense of misguided patriotism and fear of terrorism into most Americans. Imagine ally after ally isolating themselves from America and closing their doors to would-be expats.

Worse than that, America gets about 80% of its fruit and veggies from everywhere else thanks to government subsidies of corn favoring lobbyists and big industry. Expats understand why self-sufficient nations like Ecuador, Vietnam, Thailand and Chile are the bread baskets of America despite the unhealthy Cargill products sold to obese Americans (mostly Trump supporters) at Wal-Mart. Nations will slowly begin imposing trade restrictions and protectionist policies that hurt all Americans. And what’s after that? Using some false military action and hollow threats that will somehow be blamed on the Muslim world to force nations filled with those Trump loathes the most into sending all their food to a racist nation with a closed-door policy. Not a pretty picture for your grandchildren.

With Texas’ hundreds of electoral votes “conveniently” included in Super Tuesday, I’d implore anyone reading to please digest the article below. If you’re not American, blast it all over social media and maybe, just maybe, a miracle will somehow deny an ignorant electorate an opportunity to make the biggest mistake of this century.

Please click this link if you care about the future

Hoping this is the last word on the issue (at least on this blog), thanks for understanding and I promise the next post will be something related to our expat life in Penang.