Two strange things happened after we returned home from our six-week escape from the annual Chiang Mai burning season. Having driven over 3,000 kilometers, I’d had my fill of vehicular vacationing for a while and although the air still remained shitty almost two months into the burn season, some welcome rainstorms arrived late in April which finally cleared the air for another year. Naturally, there was one last gasp of poison after the burning ban ended and countless Thais celebrated by incinerating everything from garbage to plastics since most of the agriculturally related infernos had already burned themselves out. Ultimately, Thailand is a third world nation and expecting the bulk of its population to magically change a lifetime of environmental ignorance is a pipe dream. Thankfully, it was short-lived and even though May brought in blazing heat, the skies are sunny and AQI levels are finally back to an acceptable level. 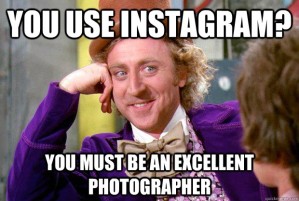 As any blogger knows, the most important aspect of blogging is content. Regardless of how great or crappy the words and pictures might be, if you want people to find, follow and enjoy your personal creation, you need to keep posting. Admitting I’m pathetically negligent in other areas of blogging like participating in forums or using the WordPress reader, I’m not a huge fan of the tools most people use to increase their readership. Believing Twitter is directly responsible for the disaster known as the Trump administration, I hate what Facebook’s become and lost many of my friends anyway thanks to political differences. I don’t have an Instagram account and other than practical communication apps like Line or Viber, I wouldn’t know Snapchat from Tagged. Unaware of the latest hip viral You Tube videos, I don’t have patience for interaction with other bloggers nor do I enjoy writing meaningless banter in search of more followers.