Speaking by text yesterday with a childhood friend I haven’t seen in 16 years, I laughed at his reaction to my Facebook post about  inexpensive and efficient healthcare here in Penang. Jokingly asking how much it costs in Southeast Asia for braces, he implied he’d use that as an excuse to come visit and take care of his teenage son’s dental needs. Responding by asking when he’s retiring, he laughed and told me he’ll be working forever because he loves his Silicon Valley tech job. While admirable, I’ll never understand anyone that thinks working until you’re way too old to experience all the great things life has to offer ranks higher than early retirement. In his defense, he’s only 53 and probably has a lot more accomplishments left in his career. Conversely, I spent 31 years in and out of cubicles working as a support specialist for more investment advisers, banks and brokers than I care to remember. Other than learning how to be a self-directed investor able to amass a portfolio big enough for a shot at early retirement after my unexpected layoff, my working years garnered zero in the way of fulfillment or career satisfaction and always served as a means to an end. 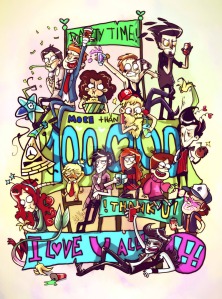 Having read countless articles about people more successful than me choosing early retirement to attempt other personal goals, I set out with good intentions when we started our early retirement exactly two years ago this week. Unlike many others, exploring my inner skill set isn’t so easy. Uninterested in starting a business (the most common reason cited), I can’t see working 100 times harder than I did in the office and risking any capital when we have no income. Possibly the world’s least handy person, all things related to building, crafting or creating things are out and learning other languages sounds about as fun as a root canal. Highly fond of wildlife, we both talk about volunteer projects involving animals and our American friend (a working expat) who engages in 20 different things even gave us an opportunity to work with monkeys for a week. But we’d just returned from a three-week trip to Myanmar and the job demanded too much of an immediate commitment of our own money and resources so we tabled that retirement goal for now.

Which leaves me with the blog. Starting 2 1/2 years ago and not knowing anything about WordPress, the number of followers isn’t what I’d hoped nor is the level of interaction but having just passed 100,000 page views and now averaging over 100 per day, my no-nonsense blend of sarcastic realism obviously appeals to someone. Fascinated that over 38,000 people in 168 different nations spent some time reading my commentaries, this is probably as good as it gets for me when it comes to utilizing modern technology. So I’ve decided to accept this milestone as a my first small accomplishment since retiring and although writing comes easy and I enjoy sharing stories, I guess it’s a skill and it may wind up being my best and only creative endeavor. Pondering what to write to commemorate the event, I decided share five of My Own Personal Favorites that haven’t received as much traffic as The Reader’s Favorites. Thank you to everyone that’s ever spent some time supporting me.

END_OF_DOCUMENT_TOKEN_TO_BE_REPLACED 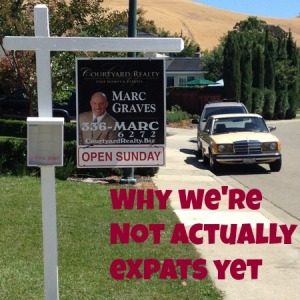 Want to buy our house and help our cause?

If it was simply selling our house, I’d be writing from the beach in Penang. Unfortunately, I was 48 years and 9 months old when my job disappeared. In order to qualify for the MM2H, a social visit entry pass for would-be expats to Malaysia, you need to be 50 or the price doubles. Therefore the experiment begins after April 15th, 2015. In the meantime, follow our transition, read about some our past “expat research vacations” and bear with us until the paperwork dries and the early retirement begins.

Many people say they would love to retire but have trouble occupying themselves when faced with excessive free time. Diane used to work shifts in her nursing career. When faced with a stretch of more than a few days off she’d go stir crazy.

I am not one of those people.

Having faced an enormous amount of involuntary down time between jobs during my first expat experience in Canada, I was very familiar with this situation. But searching for work due to limited opportunities in your field is very different from ending your career. END_OF_DOCUMENT_TOKEN_TO_BE_REPLACED

1:30 P.M. Walnut Creek, California. Although I was laid off at 9:00 AM, it’s already late due to the crappy mid-day service provided by BART, America’s most antiquated commuter train system.

Still reeling with the initial shock of being laid off, the first thing I did when I got home that day was sit down at the computer. I wasn’t sure exactly why. It just seemed like the right thing to do. END_OF_DOCUMENT_TOKEN_TO_BE_REPLACED

The day started off as drab and tedious as any other. Then:

“Can I see you in the empty office, please? Right Now?

When the company’s Chief Operating Officer utters those words without looking you square in the eye, it’s not usually a good sign; more so when his office is on another floor, he shows his face three times a year and usually only gets involved in the daily lives of the grunt staff when there’s bad news. END_OF_DOCUMENT_TOKEN_TO_BE_REPLACED