Apologizing for the long delay due to limited WiFi, Diane and I have been in Myanmar for a week now. Finding it difficult to put into words, this county is a special place that steals your heart from the minute you walk out of the airport. Having spent a few days in Yangon, travelling out to The Golden Rock area by bus and returning again, we can’t get seem to get enough. Catching us both off guard, let’s clarify something from the beginning. Looking more like a real third world city in sub Saharan Africa similar to what we’ve seen on episodes of The Amazing Race, much of the city’s buildings look dilapidated with that horrible dark gray soot covering every inch of the building. 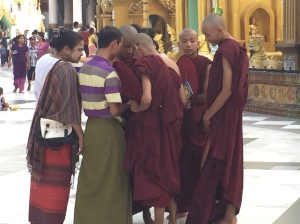 Strolling along the “strand” (waterfront) beckons the days of colonialism as you approach the controlled chaos of the ferry terminal that transports people across the river to an area known as Dala that’s actually considered a slum. Carrying everything from fish to rice in large baskets over their heads, you won’t likely find this much old world charm in the heart of any other major downtown area in Southeast Asia. Unlike Penang, Myanmar is just beginning to enter its foray into vibrant tourism which means construction of modern buildings, hotels and shopping complexes. But most of it just started, leaving the city in a bizarre state where a shanty developing world meets modern storefronts, shopping complexes and new restaurants. Promising to post lots of stories and pictures once we get back, I want to focus on what makes this place so special; its people.

END_OF_DOCUMENT_TOKEN_TO_BE_REPLACED

Feeling almost like we just got back from our Australian adventure, it’s time to set off on the next trip, this time to the brand new democratic nation of Myanmar. Formerly known as Burma, this fascinating large nation literally just began its future after decades of authoritative military rule by installing a democratically elected new government. Recently creating a powerful state counsellor position for herself, Aung San Suu Kyi bypassed a constitutional ban on serving as president by giving herself similar powers to a prime minister. Entering a new phase, she’s the daughter of Aung San, who’s considered the father of modern-day Myanmar, and the 70-year-old Nobel Laureate is also the leader of The National League for Democracy which rose to power during a series of 1988 uprisings.

Footnote: No pictures in this post are mine; they’re all from the internet; I will take plenty of photos. 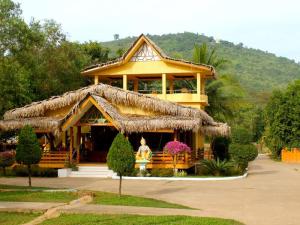 Our work exchange home for one week

Anticipating the eventual reversal of a repressive military junta run government mostly cut off from the world thanks to sanctions by almost every western power, Myanmar’s seen a massive modernization and amazingly fast improvement to its infrastructure in the last four years. With sanctions finally lifted and plans to join the international banking system sometime this year, 2016 looks to be a major transition year making this everyone’s last chance to visit what’s left of a relatively unchanged undeveloped culture before it morphs into a tourism hotbed like Thailand, its western neighbor. Already visibly different from a few years ago, Yangon is the nation’s largest city and signs of consumerism are already everywhere. Boasting a quickly expanding range of boutique and luxury hotels, the nation is the fastest growing smart phone market in the world with an 80% market share that’s even higher than the USA. Understanding the growth potential, Air Asia just started non stop service from Penang less than two months ago which solidified our decision to go before it becomes another Vietnam.