Apparently The Experimental Expats won’t be making an episode of a House Hunters International any time soon. If you’ve noticed there’s rarely any episodes made in Malaysia, it’s not your imagination. Overdeveloped condo units owned by almost all foreign investors, mostly from the Chinese mainland means you won’t see very many condo boards agreeing to show their precious properties on television, especially if there’s nothing in it for them. Despite the fact they might actually rent some of the dozens of empty units, we’re told they’d rather leave them empty than take a loss or even a small profit as this would be a huge loss of “face“, the most important cultural aspect of Chinese culture. Welcome to Asia.

The view from our pool

For the benefit of anyone considering a tryout for an episode filmed in Malaysia, let me save you some time. The most basic requirement of the casting producers is a signed release by the owner of your property (for renters only) and an authorized representative of building management (obviously not applicable for those who might own or rent a single family home: not very common in Malaysia). Seemingly the easiest step in the process, our western brains thought it’s a no brainer to gain exposure to the unit and is clearly in the best interest of owners on an island that has a sinfully low occupancy rate due to overdevelopment. Wrong. Moving right to the very tedious 16 page questionnaire, I spent several days writing and editing our responses which is an important factor when the producers are considering your overall audition. After constructing a wordy but thoroughly developed Word document, we sent it off to the producer and then emailed our landlord through our property agent. Basically not objecting but refusing to sign the waiver until we get condo board approval, we visited the guy in charge of building management and received less than a warm welcome.

Speaking less than stellar English, he informed us that all 112 units in the condo are sold. With an approximate vacancy rate of 50 to 65%, this fact alone makes no sense. According to his unofficial story, only the building’s condo board can make such “an important decision” and he claimed every owner would need to be contacted and approve. Making no sense at all, every condo board we’ve ever heard of has a committee that uses majority rule to make decisions. Claiming it’s “all or none”, we asked how every owner might even be contacted, thinking his story might be legitimate. Apparently, almost every owner is a Chinese mainland investor with no interest in anything but doubling what they paid for the overpriced units and there’s clearly no practical way to ask 112 foreigners with no vested interest in Malaysia to sign a release form. Asking if he might present the idea at the next board meeting (attended by about 10 owners and held downstairs at the small meeting room) he gave us an uninterested look and wouldn’t let us speak at the meeting since we’re just renters.

Giving a two-minute speech as a last-ditch appeal and trying to explain the benefits of worldwide exposure as well as reiterating that the production company is fully insured against any damages and won’t film anyone without permission, we gave up after about two sentences. Never fond of the building manager anyway, his explanation seemed far-fetched but given that almost all the real estate they’ve built here is out of reach for 99% of Malaysians, perhaps they really do need all 112 owners permission for something as mundane as a two-day filming with a production crew of two and a camera person. Since  you’ll never see the episode, we thought we’d share the pictures you would have seen on TV as one of the thee options (I guess you all know the show is a recreation). The casting producer requested about 8 or 9 pictures of the building we live in and it’s features so here they are.

Disappointed, we contacted the casting producer after it seemed fruitless and asked for some suggestions or advice. Informing us this thing happens often, she agreed to keep us as prime candidates for a future episode should we move to a place where properties are actually owned by citizens of the local country. Suggesting all the benefits of having a property seen by millions of people in multiple counties meant nothing to a building manager that wields absolutely zero authority so perhaps we’d consider this before moving into a  maximum-privacy high security building next time. Considering guns are non-existent in Malaysia, I’m unclear what  the excess level of paranoia exhibited in the huge manual of house rules is all about but at least we sure feel secure.

Another thing the casting producer will ask for is some pictures before and after your move. Given that our story line was about early retirees that wanted out of the rat race and used annual vacation time to research possible destinations while also enjoying the sights, we chose the following pictures. The first three were from our Overnight trek and home stay at Hill Tribe Village . 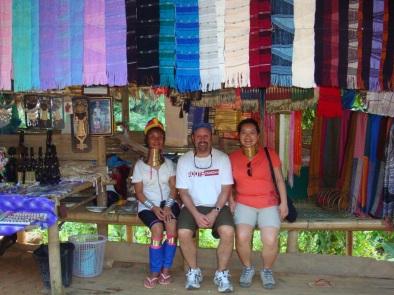 Transportation to the hill tribe village

Homestay in the village

This picture is from our time spent in The Danum Valley of Borneo. It’s in the state of Sabah, the only part of Malaysia we’d been to before moving to Penang on a whim.

Deciding against Cuenca, Ecuador as a retirement destination despite its stellar reputation as “the number one destination in the world for retirees”, we enjoyed the country immensely. Spending an amazing five days cruising the Galápagos Islands as well as visiting Yassuni National Park in the Amazon Rainforest, Ecuador is a beautiful country but just wasn’t our cup of tea for daily life. 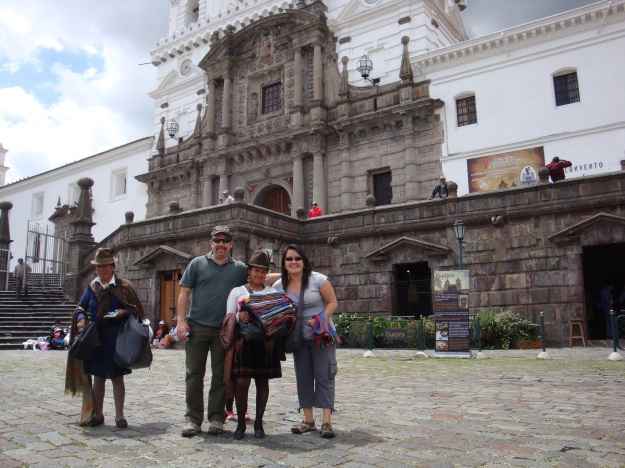 Hoping to spend some time doing things outside my comfort zone, making an episode of House Hunters International was definitely on my list. Having been denied the opportunity by real estate speculators buying up the the entire island, we’ve moved on to the next big thing that can fulfill the comfort zone thing. Featuring volunteer opportunities all over the world, Workaway.info is an organization dedicated to matching volunteers from all walks of life with people from all over the world that need help with something. Offering a multitude of projects from teaching English to helping Eco tourism owners in remote areas help develop their business and everything in between, volunteers usually get free accommodations, meals and several other perks like opportunities to visit the local areas, interacting with the community and simply doing something good. Thinking Vietnam would make a good first assignment, we’re also considering Sri Lanka due to its large number of tourism related assignments that even include helping plan tours, birdwatching and excursions into the national parks. Sounding like a great way to explore other places while only needing to get there, we hope to begin by early winter.

Thanks for following and cheers.

Please comment if you know other great volunteer opportunities in SE Asia that don’t need a formal education and require no previous experience.