It was bound to happen. Anyone familiar with Western Canadian weather knows that even after two weeks of perfect summer-like conditions, the big change is right around the corner. Arriving in Calgary after a quick and easy drive down the highway known as the QE2, (named after the Queen which I never understood since nobody in Canada knows anything about royalty), we stopped for coffee and soaked up the 28 degree perfection. Almost willing to doubt the enormous provincial wide change in weather they’d been talking about for a week , I cringed at the thought of going from hot summer conditions to freezing rain, sleet, cold wind and two weeks of late winter crap. Hoping our last trip to Calgary during the holidays would be the last time in the cold, my memory of life in the Canadian prairies has apparently faded fast.

Naturally, as if to rub it in our faces that we had clothing only for suitable Malaysian heat and tropical humidity, we somehow time warped into another month, waking up to ominous dark clouds and a temperature fit for making snowmen. Never getting used to the insanely ridiculous weather changes associated with life in the foothills of the Rocky Mountains, my body instantly revolted and went into a chilled state of confusion that continues today and probably won’t go away until we leave for Vancouver next week. While the rest of North America enjoys the last week of summer, we’ll be hopping in the car and retreating to the comfort of the warm cozy mall or hitting the gym for some fitness classes. 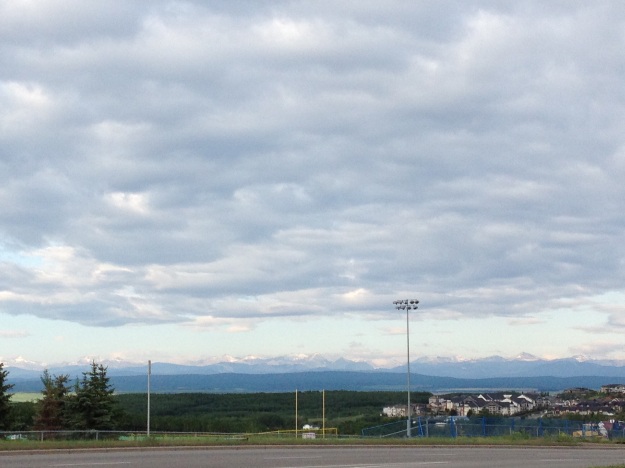 Although Edmonton has more summer festivals, most people know Calgary thanks to the world-famous Calgary Stampede. Easily the biggest event if the year, the annual rodeo, grandstand shows and carnival attracts thousands of tourists from around the world. Although businesses don’t technically shut down like Chinese New Year in Asian countries, most employees break out some casual western wear and many companies hold pancake breakfasts or other events to celebrate the event. Basically nothing gets done during Stampede Week and I learned from experience that the best time to do any business with the Federal Government is during Stampede Week when the offices are empty and the staff members are happy. Taking advantage of this, I brought my permanent residency application to the office in July, 2001, where a cheerful agent pulled it from a pile of dozens of others, giving me instant residency status and a welcome message of “Welcome to Canada”. Perhaps the fastest landed immigrant in the nation, it took less than two months to become an American expat in Canada

Also the home of the 1988 Winter Olympic Games, Calgary’s Olympic Park is still used by members of Team Canada for training and the modified version of the luge is a fun attraction for summer visitors. For my money, however, the best thing to ever come out of Calgary is an alcoholic beverage known as a Caesar.

Probably my favorite cocktail ever, I constantly argue with my border state friends on Facebook that claim it’s served in their local bar. Most Americans insist it’s nothing more than a Bloody Mary but when Googled, the worlds most informative dictionary confirms my argument about its derivation here in Calgary.

A Caesar or Bloody Caesar is a Cocktail created and primarily consumed in Canada. it typically contains vodka, Clamato (a proprietary blend of tomato juice and clam broth), hot sauce and Worcestershire sauce and is served with ice in a large, celery salt-rimmed glass, typically garnished with a stalk of celery and wedge of lime. What distinguishes it from a Bloody Mary is the inclusion of clam broth. The cocktail may also be contrasted with the Michelada, which has similar flavouring ingredients but uses beer instead of vodka.

It was invented in Calgary, Alberta in 1969 by restaurateur Walter Chell to celebrate the opening of a new Italian restaurant in the city. It quickly became a popular mixed drink within Canada where over 350 million Caesars are consumed annually and it has inspired numerous variants. However, the drink remains virtually unknown outside the country

Enjoying dinner at our favorite Italian chain restaurant, we brought along my nephew and chowed down on baked lasagna and Canadian pizza which of course has bacon and cheddar cheese. Among the many culinary differences between the USA and Canada that are only noticed by those who’ve lived in both counties, Canadians prefer their cheese sharper and creamier than Americans and cheeseburgers always taste better in Alberta than California.

My nephew and me
Given the state of cold and rain, the main highlight of being in Calgary so far was an opportunity to eat Alberta beef at a steak house. Cooked to perfection, I like mine medium well even though true beef eaters somehow think rare and dripping red with blood Is the way to go. Sure enough, while we ate, the outside temperature plummeted and one of those “only in Alberta” storms rolled in bringing not only a torrential downpour but also hail, and then a bit of snow. Figuring I’ll need to get used to trouncing in rainstorms in Malaysia, I ran outside to snap a photo, using a chair to wedge the patio door open. Immediately , the entire section sitting near me looked up in disgust as the blast of Arctic rain and snow interrupted their steak dinner. Apologizing, I claimed ignorance based on California residency and went back to my steak.

Alberta beef: one of the best

Insane current weather according to Yahoo
Normally hating to stay inside the house all day, especially on weekends, I squeezed in my daily 4 mile walk that conveniently ended at a Starbucks that didn’t exist when we lived here. Usually able to enjoy about an hour our two of sunshine even when the forecast is grim, I bundled up this morning with my makeshift Alberta late summer outfit of short sleeve shirt, vest, cotton sweatshirt and thin gloves and headed out. Barely beating the day’s first dose of on-again off-again rain, Diane and I drove downtown to do a few errands and opted to watch Netflix while waiting girl dinner time. Meanwhile my friend from Vancouver forwarded me pictures of the picture perfect sunshine and mid 20s that continues 700 miles west. 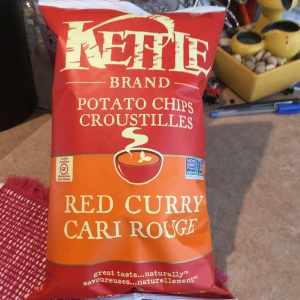 Sighing, I sucked it up and went to the computer to buy the last leg of our one way trip to Malaysia. Receiving the same unbelievably astounding airfare of $10.49 USD each, we booked a short flight from Kuala Lumpur to Penang on Air Asia. Amazingly, you even get a meal on a flight shorter than most TV sitcoms and up to 32 kg per checked bag which works out to over 12 Pounds more than any North American airline. Stuck in the cold for one more week, the forecast remains in the low single digits every night and barely touching 15 every day for as far as the weather apps can predict. Diane thinks I should enjoy the last bit of cool before learning to deal with torrid heat and humidity. Personally, the only thing I liked about it was the bag of potato chips seen here with the red curry flavor. Reminding me that Penang and all its heat awaits us in two weeks, I enjoyed a mid afternoon snack and watched the cold rain.

How many more days until we become real Experimental Expats?

Sidenote: WP somehow screwed up this post and I just realized it’s been formatted incorrectly for two days. I am posting everything on an IPad which is harder than taking a geometry quiz so apologies until I figure out how not to screw it up.

We found a property agent with a good reputation in Penang. Should you know any, please contact us.

7 thoughts on “Just Another Spring Day”